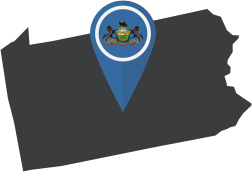 Pennsylvania is not only a state filled with rich American history, but it also made history when it became one of the first states in the U.S. to launch a deregulated energy market. The market officially changed to a deregulated structure in 1996. The goal of the effort was to allow consumers to choose where their energy came from, meaning they no longer had to pay their utility?s energy prices, if they didn’t want to.

With deregulation in place, several individual suppliers began finding their way to Pennsylvania. Today, there are several retail energy providers that buy energy in bulk from the public utilities and sell it to consumers at discounted prices, including the following companies:

Retail suppliers such as this, appeared in the market and were able to offer PA customers with lower electricity rates. As more and more consumers started seeing the benefit of switching their service, more retail energy providers began providing services to those in the state, creating a competitive market in PA. Today, different energy suppliers are now offer deals on fixed rate and variable rate plans and offer things like short-term and long-term contract solutions as well as green energy products.

As these suppliers continue to strive to offer competitive plans to consumers, many customers in PA are also able to take advantage of different perks, benefits and incentives with their energy plan.

Pennsylvania’s official energy program is known as PA Power Switch. This program not only provides residents with important information on energy deregulation in Pennsylvania, but resources to better understand the state’s approach to its electric market. PA Power Switch is a government-regulated program owned and operated by the Pennsylvania Public Utility Commission, which launched with the goal of educating homeowners and business owners on choosing the right energy supplier.

The program not only offers a bevy of information, but a search and shopping tool for residents to use to compare offers.

The majority of household types in Pennsylvania are single family homes, while around 20% are apartment buildings or units. There are a very small percentage of households that fall under the mobile home category. The average square footage for a household in the state is approximately, 2,240 square feet. Pennsylvania is a unique state because it has more newly build homes and less apartment buildings or units compared to other Middle Atlantic States.

Some other interesting statistics about Pennsylvania’s residential electricity consumption include,

There are several industries that help to generate income for Pennsylvania. These include, advanced manufacturing, life sciences, technology, finance, energy, aviation, tourism, film, and more. The state is the location of seventeen fortune 500 companies including, U.S Steel, H.J Heinz, and PPG Industries. For each of these industries to work efficiently and effectively, they all require the use of electricity.

As manufacturing is a critical component to the status of the state’s economy, industrial energy use makes up 35% of the total business related electricity consumption. Commercial energy makes up 16.5%. Transportation consumes the second largest amount of energy making up for 23.9% of the total annual amount.

The primary responsibility of the PA Public Utility Commission (PUC) of is to provide consumers with the best options and information to reduce their energy consumption and rates. The organization works closely with its energy utilities to make sure that the proper plans and services are in place in order to achieve these goals for the public.

Some of the energy saving initiatives or programs includes, appliance recycling and rebate programs, home energy audit and weatherization programs, and more. The PA PUC also provides links to the information and opportunities offered by each utility so that the public can remain informed about their options.

Pennsylvania is home to several major metropolitan areas. Many of these large cities also fall under the state’s deregulated energy laws.  We have rates for cities like:

Pennsylvania is still separated into different utilities, meaning that different cities may each have unique utilities governing their area’s energy services.

Pennsylvania’s energy market has more than just deregulation on its resume, there are also a number of other interesting facts about how the state utilizes and creates energy to create an exciting and multi-faceted market:

Even though energy deregulation made it possible for Pennsylvania residents to buy energy from individual retail providers, other than their state-appointed utility, these utilities are still major entities in Pennsylvania. The following electricity utilities service the state:

It is important for Pennsylvania residents to remember that their utility is still in charge of electricity in their area, even if they aren’t buying their power directly from the utility. This means if there is ever an emergency, an outage or a down power line, consumers still need to call their local utility for assistance. Typically, their retail energy provider cannot help them in these situations.